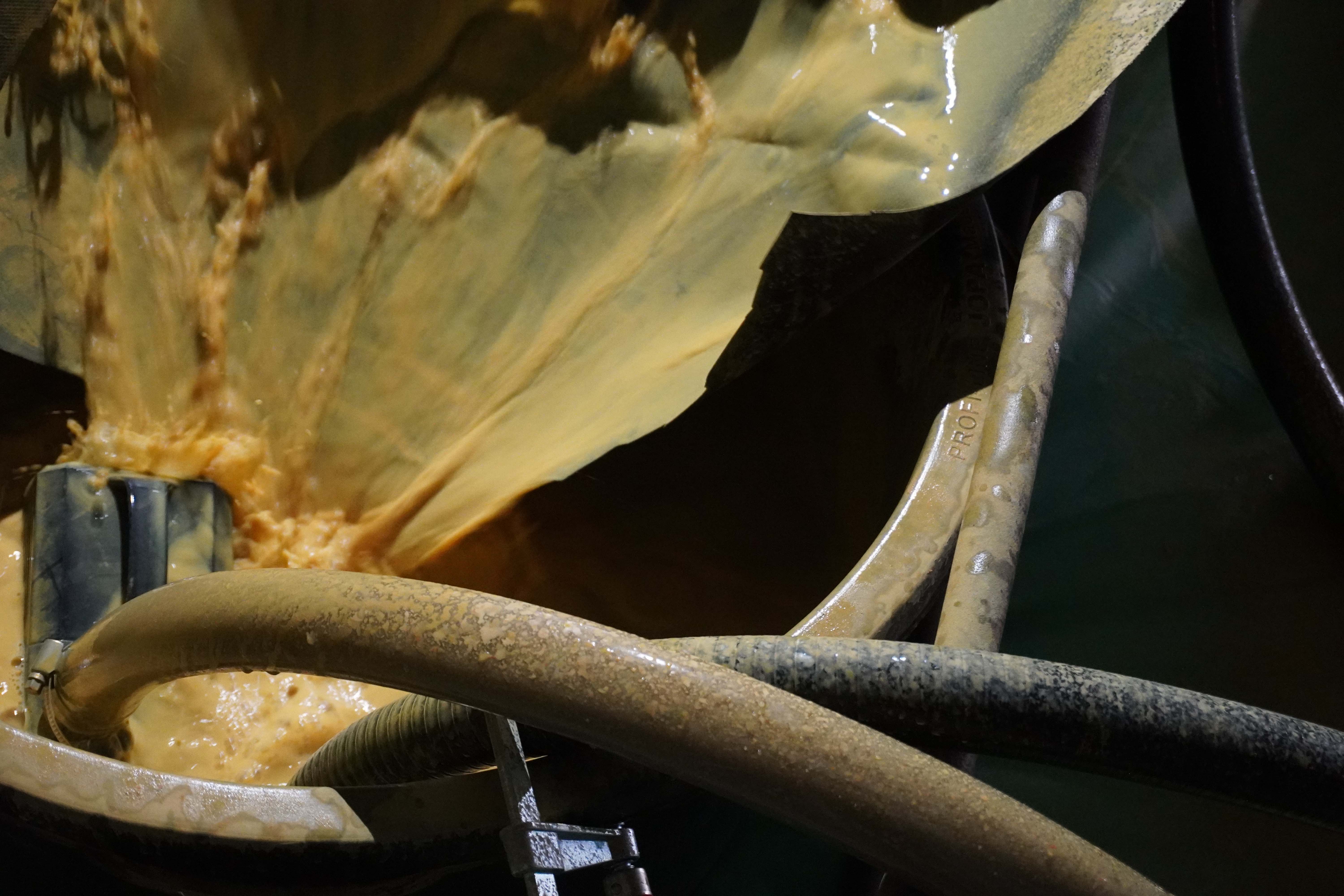 Die Mine gibt, die Mine nimmt.

A new gold rush has broken out in recent years in the rain foreest in southern Venezuela: mafia organisations, Colombian guerrillas, paramilitaries with links to the government regime and also small local criminals are all fighting to get their hands on this precious resource. However, gold production unleashes a deadly viscious cycle, with most of the mining done under insfficient health and safety standards. The mercury that is required to recover the gold not only harms the miners themselves, but it also poisons the water supply within a radius of several hundred miles, destroying the environment and the basis of life for the local population.

For her multimedia installation Die Mine gibt, die Mine nimmt (What the Mine Gives, the Mine Takes Away), exhibited inside the old waiting room at Herne train station, Ana Alenso (*1982) has conducted research in the archives of the NGO SOS Orinoco. Satellite videos, witness statements and both fictional and documentary elements find their way into a complex installation consisting of several sculptural elements that the artist has constructed out of dredging machine parts, hoses, pieces of scaffolding and other found objects. Their resemblance to the self-built contraptions that are used in illegal gold mines is no coincidence.

In much of her Work, the Venezuelan-born artist frequently examines the politics of resources in Latin America and the cycles these are locked into through global trade.

A co-operation with Urbane Künste Ruhr, SOSORINOCO and the Emschertal-Museum. 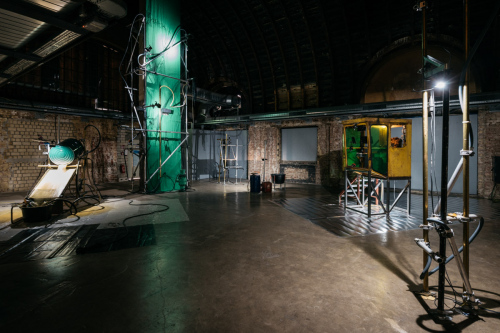 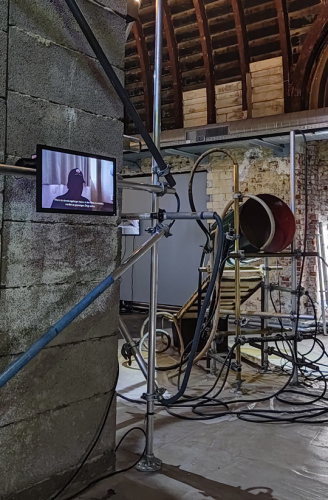